Top Five Most Haunted Places in the Carolinas

Top Five Most Haunted Places in the Carolinas

Being a part of the 13 original colonies,  the Carolinas are some of the oldest found states in America. It’s no doubt that the rich history keeps some untold stories and looming visitors. Below are the top five most haunted places in the Carolinas. 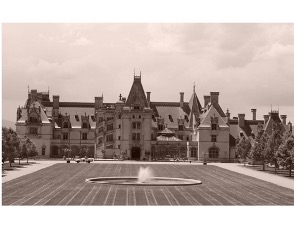 Established by George Vanderbilt in 1895, the Biltmore resides to this day as the largest private residence in America. This estate was originally made for George as a country retreat for his literary activities. When George died, it became the home to owners that simply didn’t want to leave. There are often haunting laughs and splashed from the inside pool, where no one enters. Guest have heard the name George whispered throughout the mansion and shadowy figures are seen in the library when dark skies appear. Book now on the Biltmore Village Mystery Tour to find out more about the eerie side of Asheville. 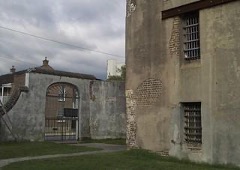 We all know Charleston is home to notorious killers and pirates dating back to the 1670s when Charleston was founded. The Old City Jail was a jail that housed some of Charleston’s darkest criminals and is now haunted by 13,000 prisoners who were executed within the tortured walls. This includes one of the first women serial killers ever documented. This jail is now known to be the most haunted place in Charleston and has been featured in many films. To see the souls that are still lingering around this haunted place, check out the haunted tours of Charleston. 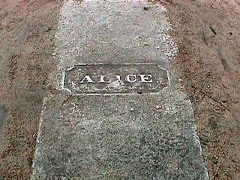 This spooky story is one for the books. Alice Flagg was a woman that was born into wealth in 1834. Her story is comparable to Romeo and Juliette as a classic story of love gone wrong. She fell in love with a man that was in a lower social class than hers. With the culture during this time, that was unacceptable by most wealthy families. Her brother was the most disapproving of this relationship. He demanded that she end this romance at once. Defying her brother, they secretly got engaged. She would wear her engagement ring around her neck, hiding the ring from her family.

No time had passed when her family found out about this continued secret romance.  (The ring however was yet to be discovered.) The family, enraged, sent Alice to boarding school to separate the lovers. Alice became very ill with malaria and was rushed home. When her family was tending to her, they found the ring around her neck. Infuriated, her brother ripped the ring around her neck. Alice begged for the ring back but the illness had worn on her. Soon after she passed away.

Alice was buried in a family plot right outside of Pawleys Island in a plain marble slab that just said her name. Alice’s ghost is said to be spotted lurking around the family home and her grave with her hand on her chest, looking for her ring.

The legend goes that if you place a token of recognition on her grave, walk around 6 times stopping at the letter A, you can make a wish that will be granted. To learn more about haunted Pawleys Island click here. 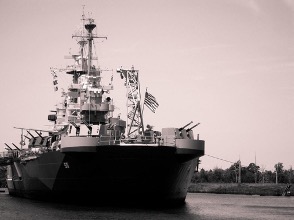 The US Navy battleship in Wilmington is well known for World War ll, where the ship fought against the Japanese forces. The Japanese launched a torpedo at the ship’s hull, killing at least five soldiers. These soldier’s souls remain on the ship where they haunt many guests that come aboard. Spooky sightings occur such as doors opening and closing, figures dressed like military men, objects being thrown and bathrooms haunted. The ship remains in Wilmington where it is a symbol of remembrance of brave lives lost fighting for their country’s freedom. Haunted ghost tours are available here. 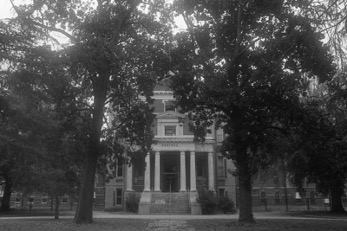 Enter at your own risk into this haunted and terrifying old mental hospital.  This asylum was built in 1822, landing this psychiatric hospital as one of the oldest in the country. The hospital already housed over 1,000 patients by the time it hit the 1900’s, including a prison camp for union soldiers. By 1950 the hospital had grown to house more than 5,000 patients with barely enough beds to go around. As with most insane asylums at the time, there were rumors of mistreatment and barbaric medical practices with old unsanitary equipment. The poor souls who enter, see shadows lurking about, screams and cries of patients that leave spine-chilling memories to all.